Skip to content Skip to navigation
See our Campus Ready site for the most up to date information about instruction.Campus ReadyCOVID Help
Sustainability

Jesse Chakrin is the director of the UC Merced Wilderness Education Center. He also partners in the direction of the Yosemite Leadership Program and assists with the Yosemite Leadership Program Summer Internship. Through his work on campus, Jesse provides a direct link between the Park and UC Merced as well as on-site liaison for grants, agreements, and research. He works collaboratively, on both regional and national initiatives, to provide opportunities in natural spaces for underserved and underrepresented communities.

Missed the show? Watch it here! 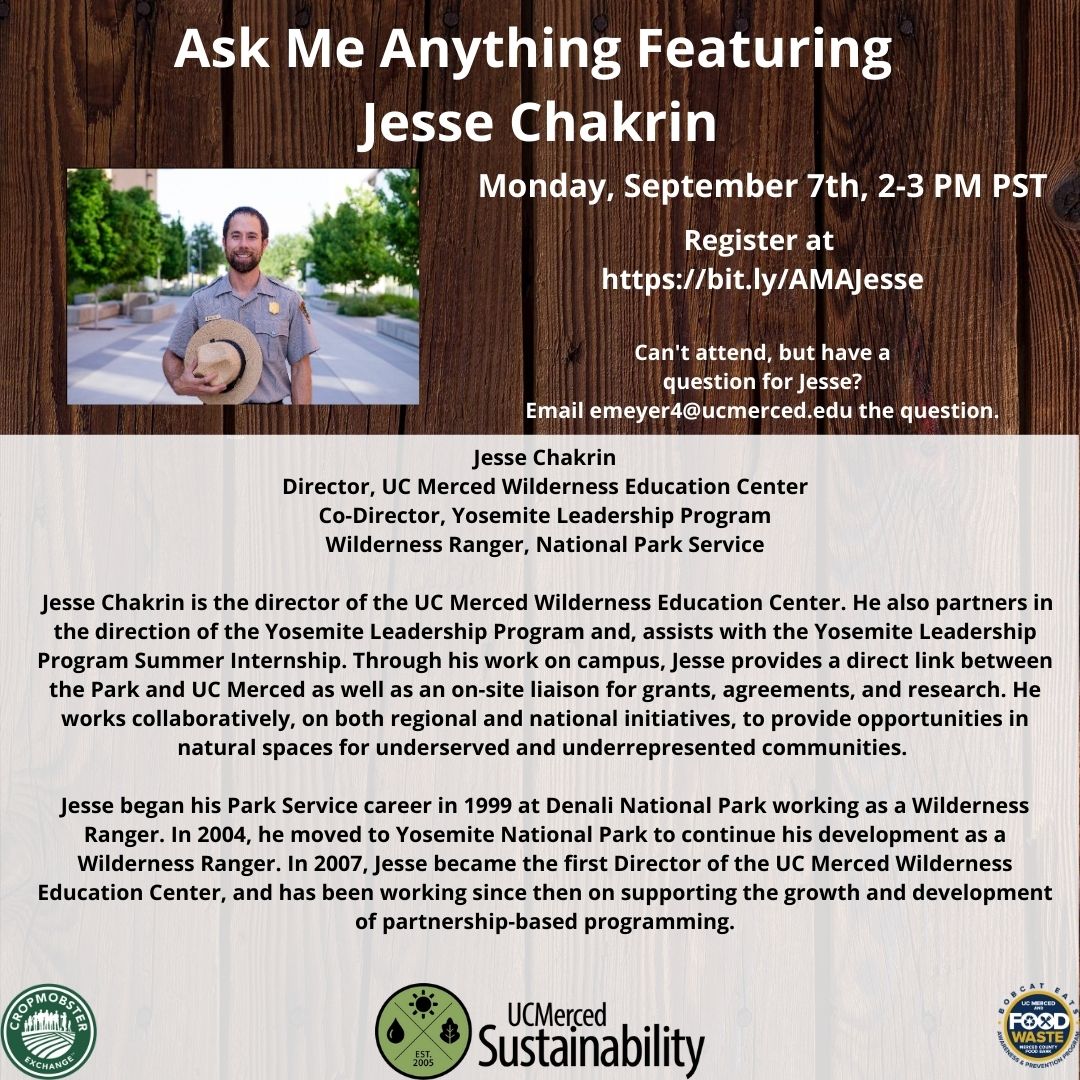